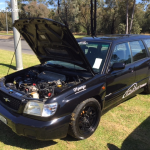 While we don’t have a fozmafia photographer in Perth, we told Brad to send in anything he had and we will share the story best we can from there. We hope you enjoy this first chapter of Brad’s build.
– – –

Brad’s story is almost like yours or mine (Keyword: Almost).
Stock SF5 GT 2002 Forester, so innocent and so stock upon purchase by Brad.
Have a good look before you read on through the rest of the feature. 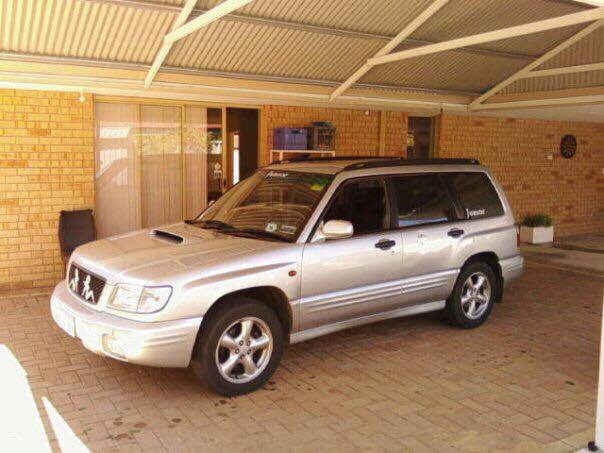 After enjoying her in the pure intended form Brad discovered he had a mild case of mod-bug, so to maintain his condition a quick fix of upping the boost was applied, to only fire back with a POP! Wasting no time Brad knew a slightly more serious solution was in order by inserting a 207 stock motor which gave this foz another chance in life. 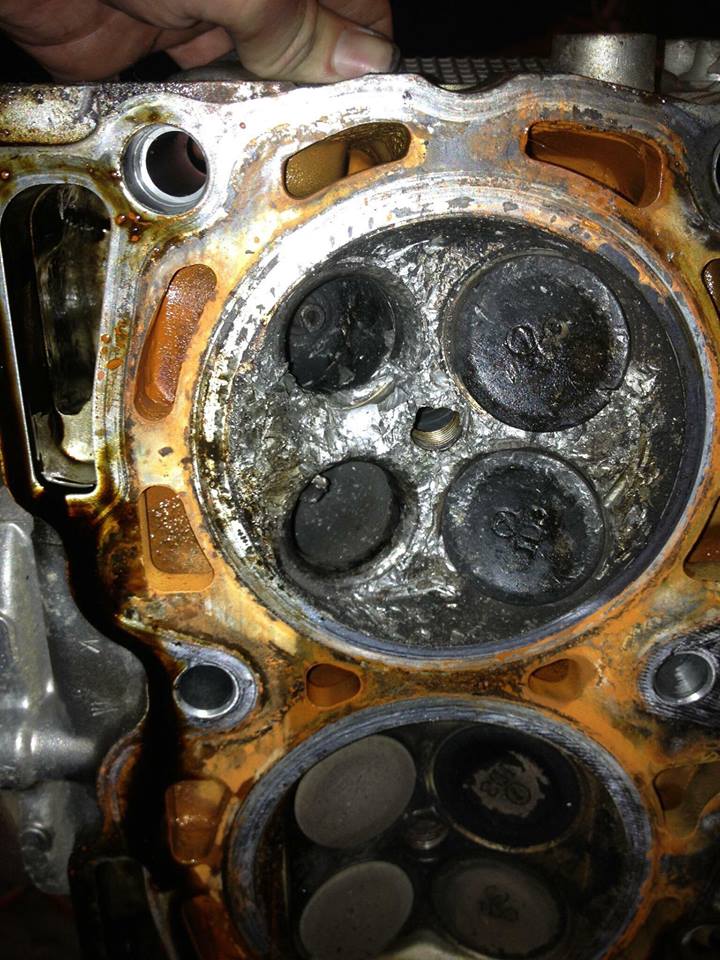 While foz was alive and did it’s job of getting from A to B , Brad was not too happy about her tired body and decided that she needed a freshen up to compliment her second chance in life. 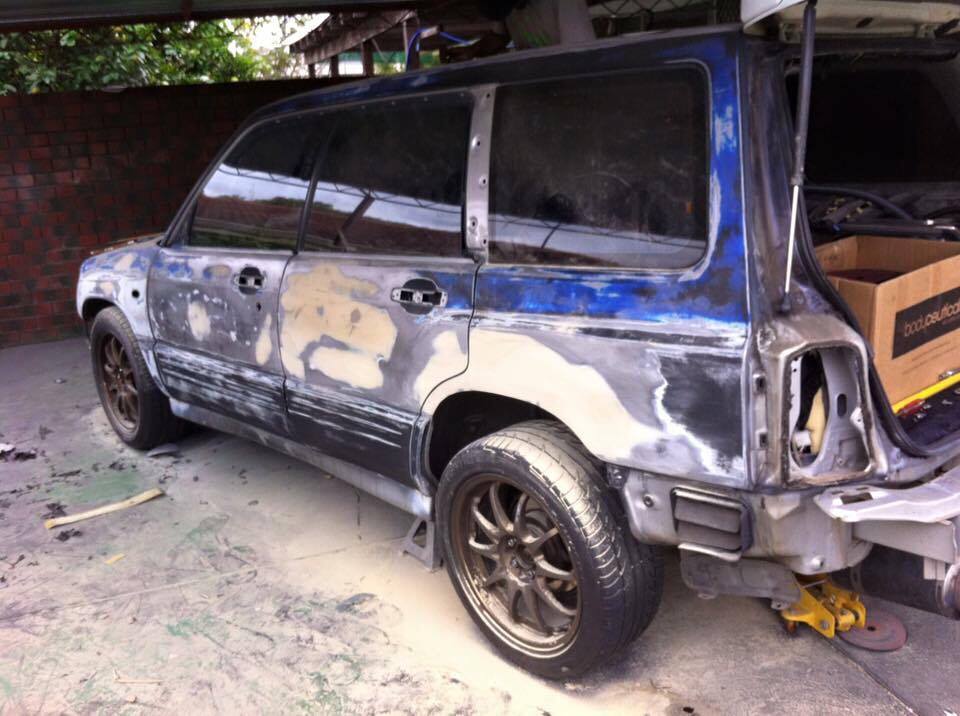 While in primer, this was a perfect excuse to further give her that deserved facelift. So Brad went with the liberal kit, as well as moulded in oem flares and painted door-jams at the same time. Wheels + front mount went in as a staple bonus. 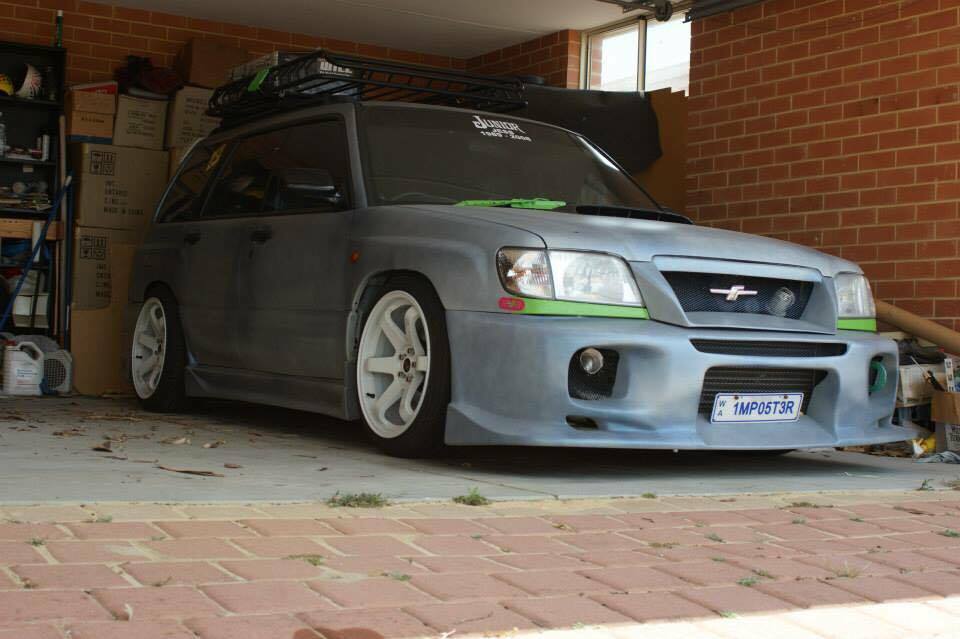 Finally it was time for the well deserved fresh coat of paint! 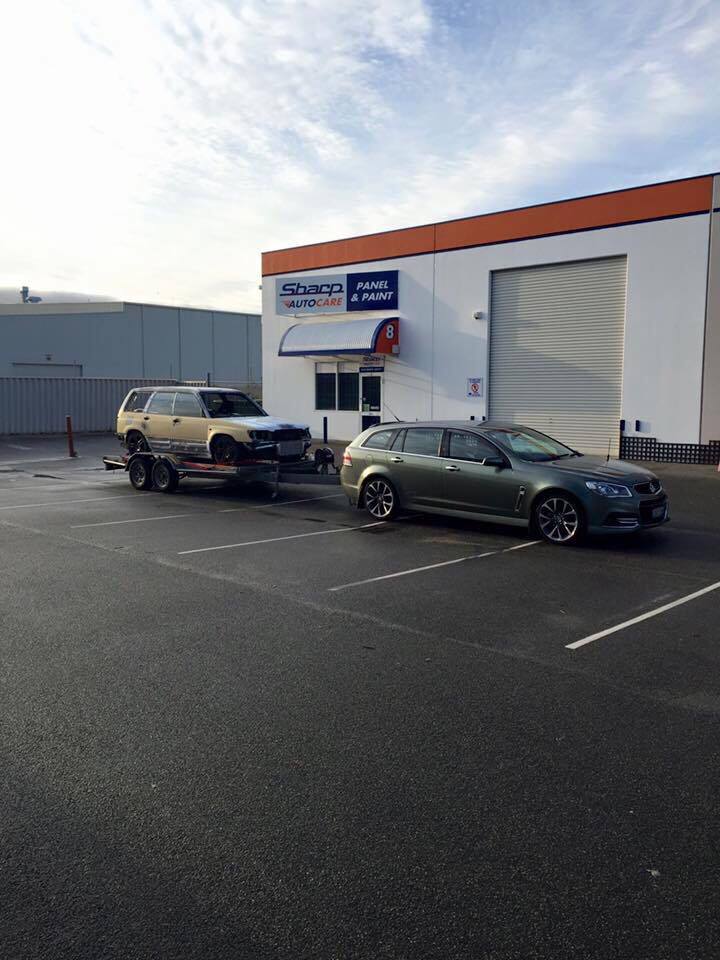 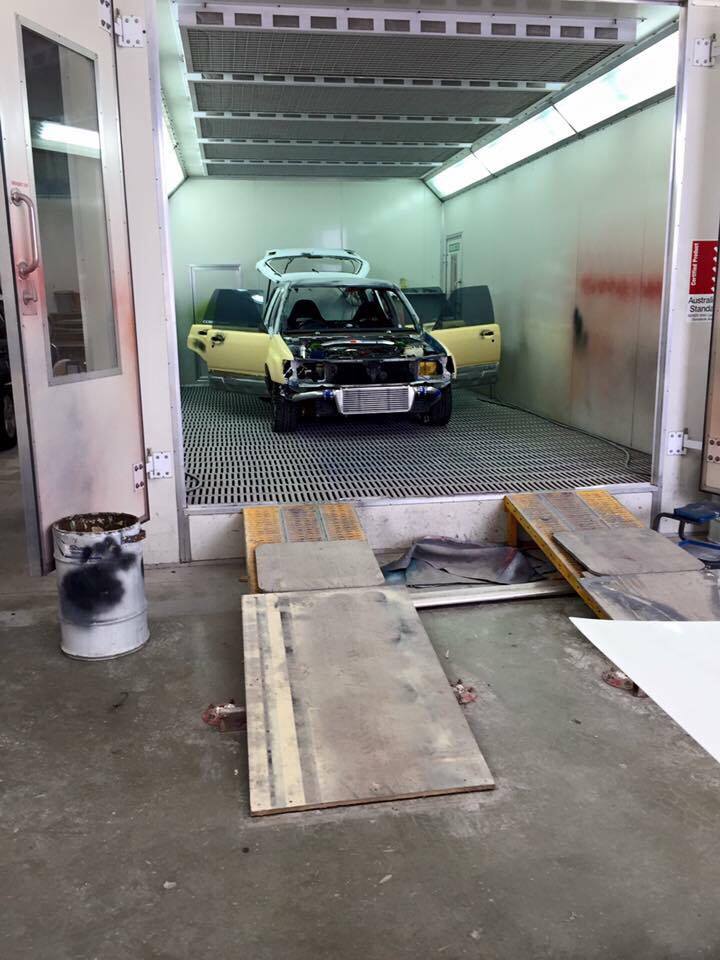 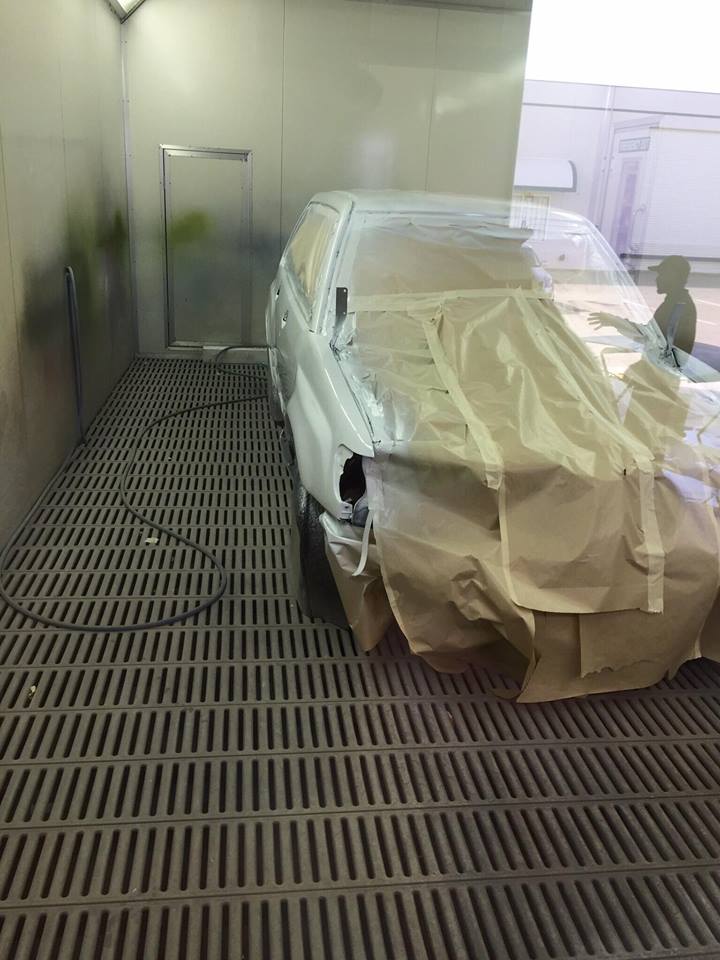 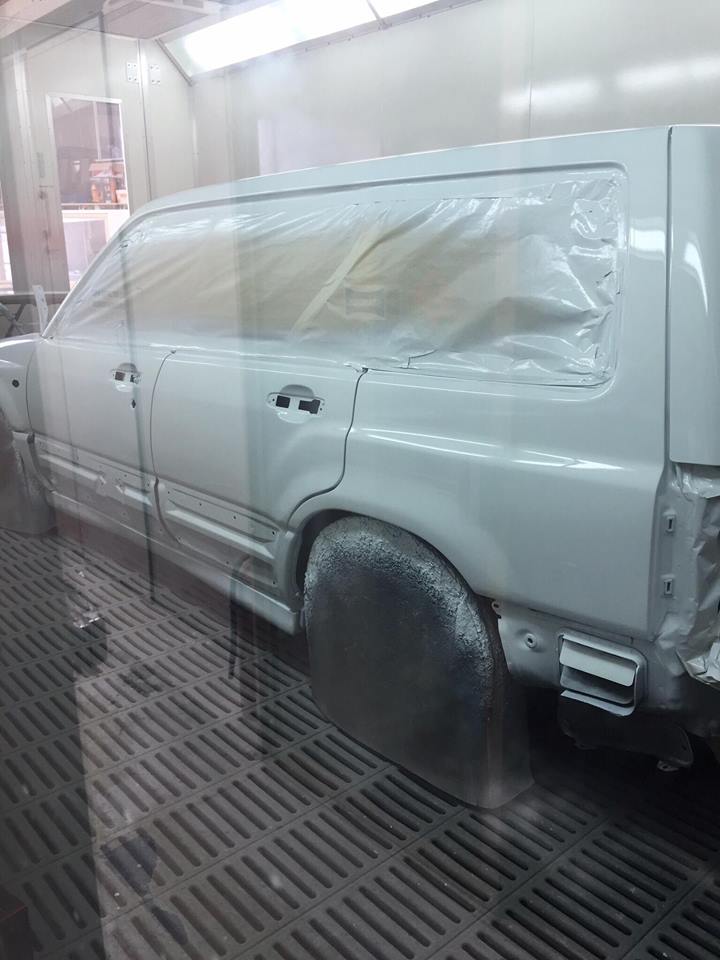 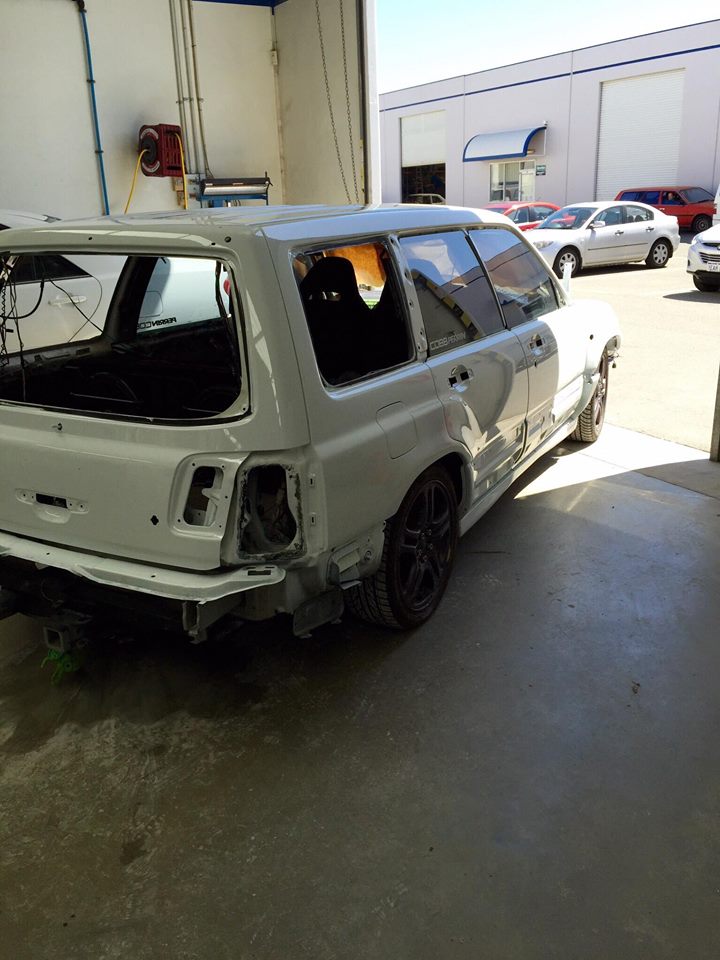 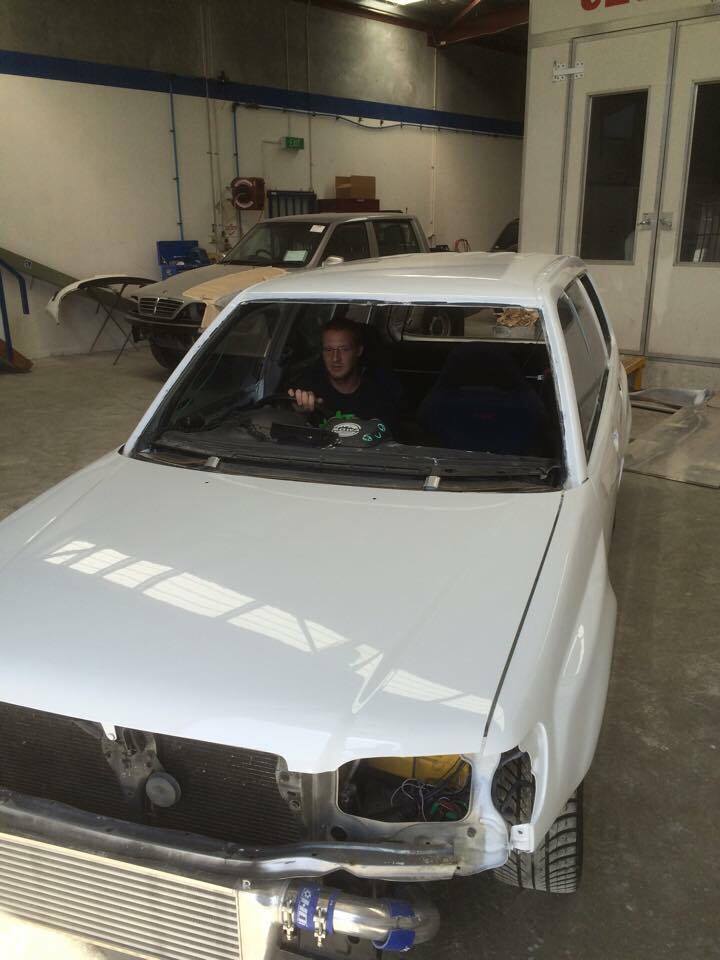 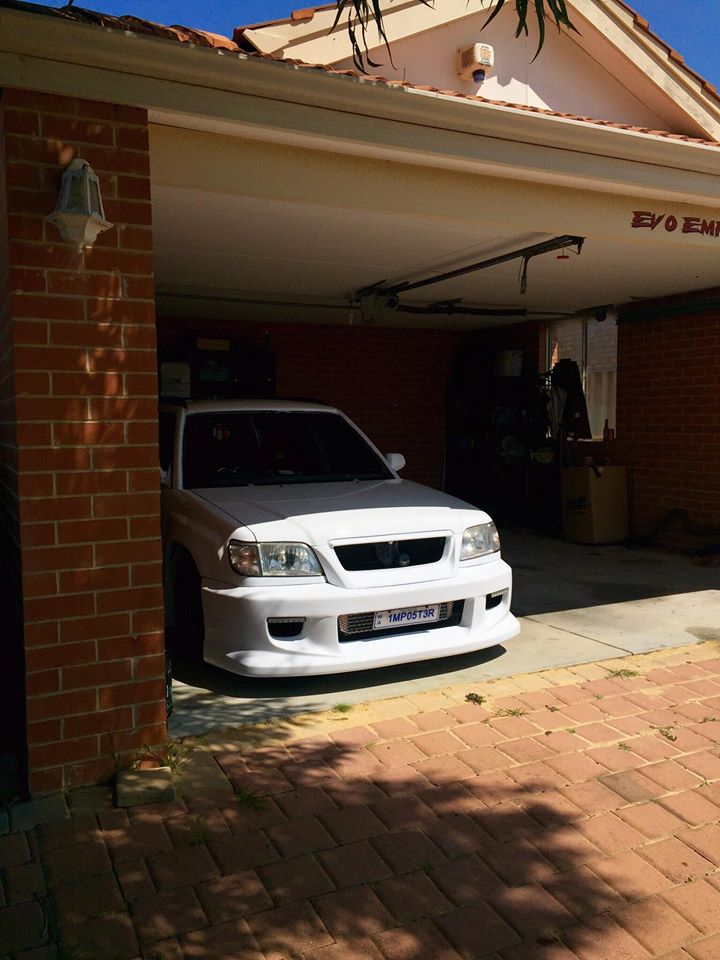 As you would guess China 35R snail didn’t last very long, so a precision 5862 went in to produce a healthy 412hp to the rear wheels.
Stealthy HID lights were also thrown in by Brad to keep sane while playing with the motor. Forget your fidget spinners, HID kit with fish-eye lens is where its at to keep the nerves down. 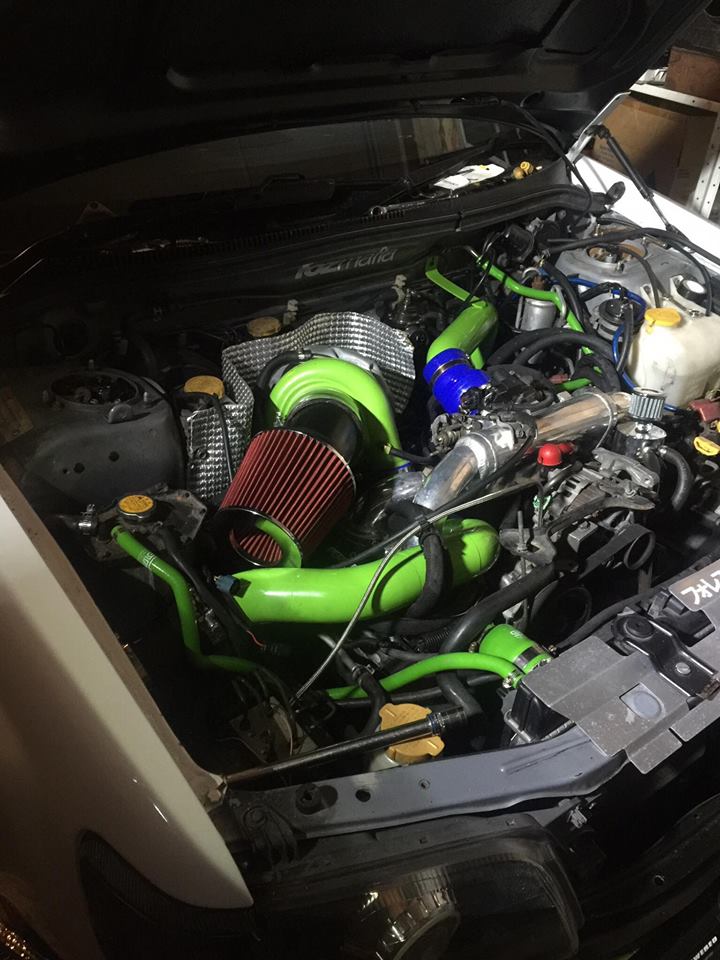 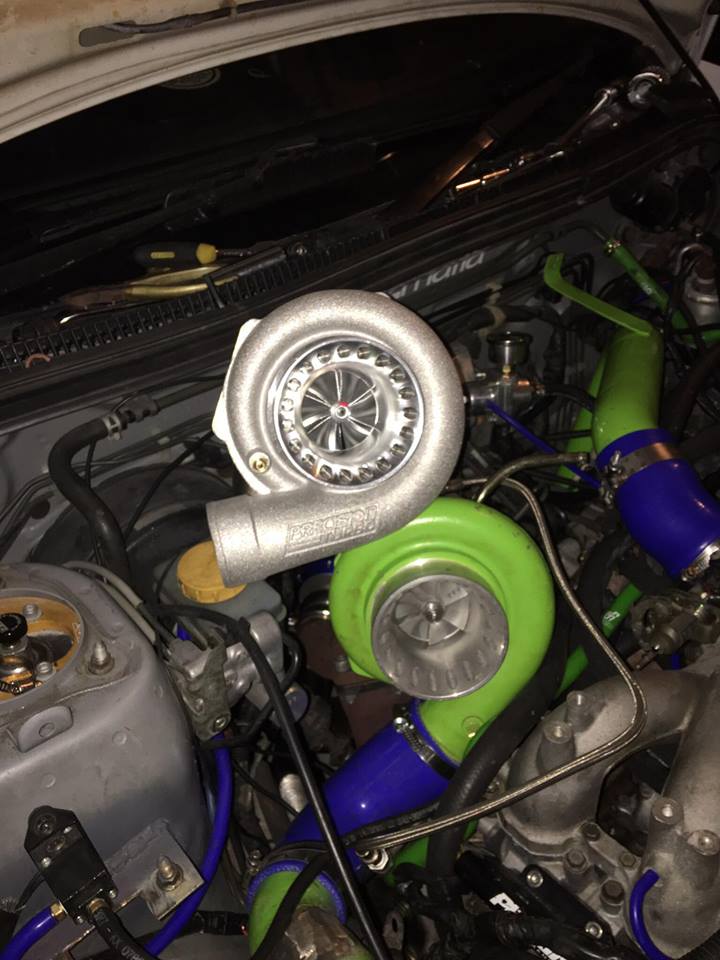 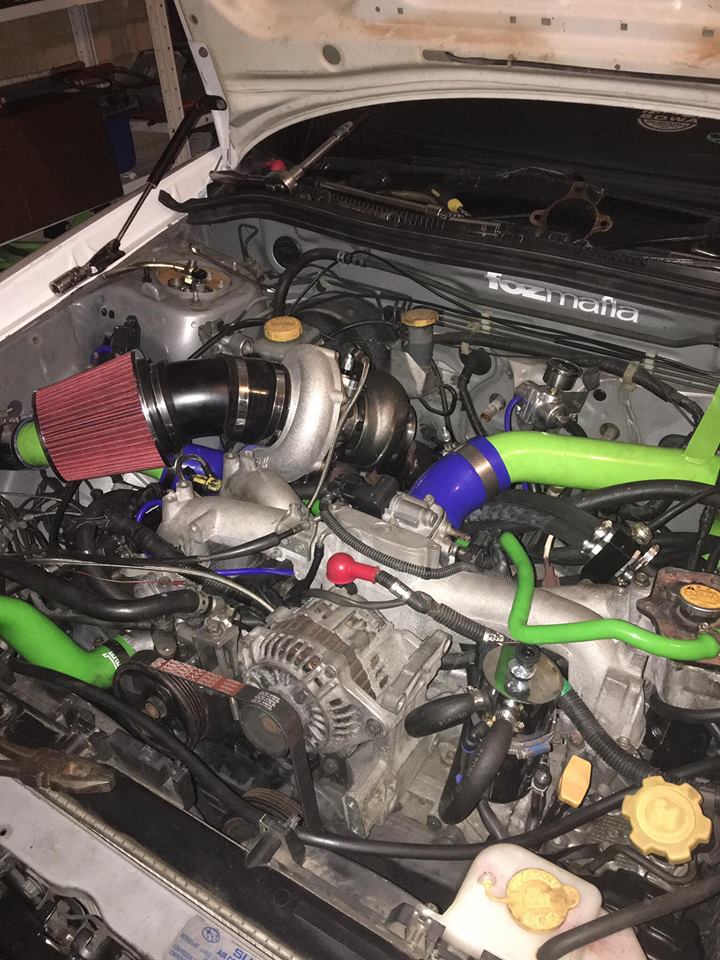 At this stage Brad has made a decision that Forester would be a more suited roll racing build rather than a street car project.
Currently interior is gutted, fiberglass guards installed and roll-cage is about to go in.
New motor is also in the shadows but Brad refused to tell us of any details on what is yet to come with that build. All that he could say however is that it will be aimed at cracking 10 second passes down the 1/4.

We will be back for another interrogation Brad, don’t think you brushed us off that easy! 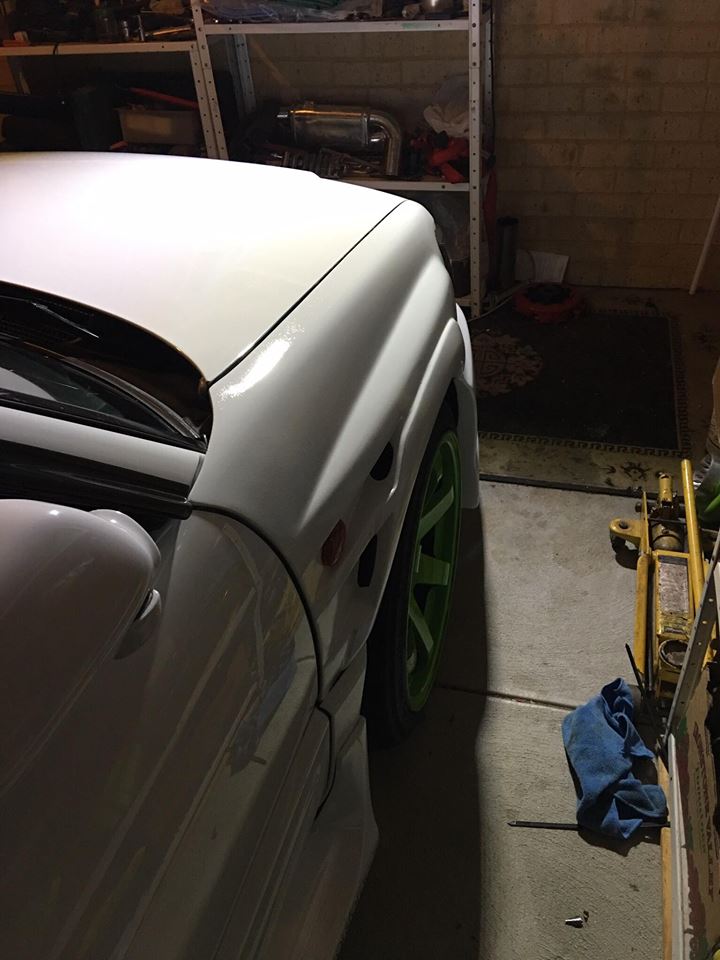 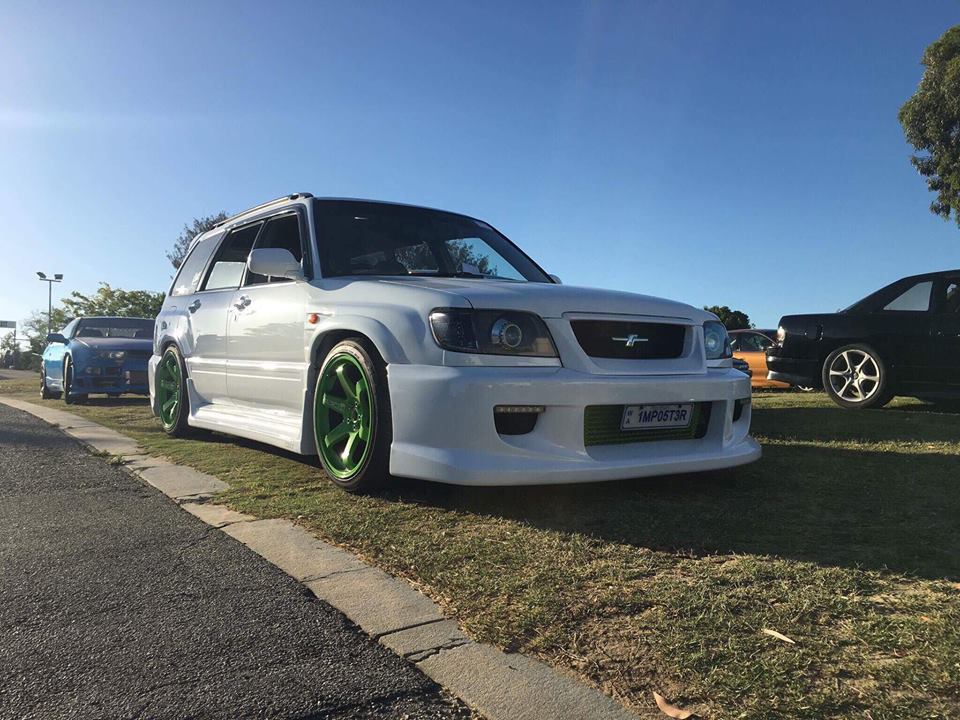 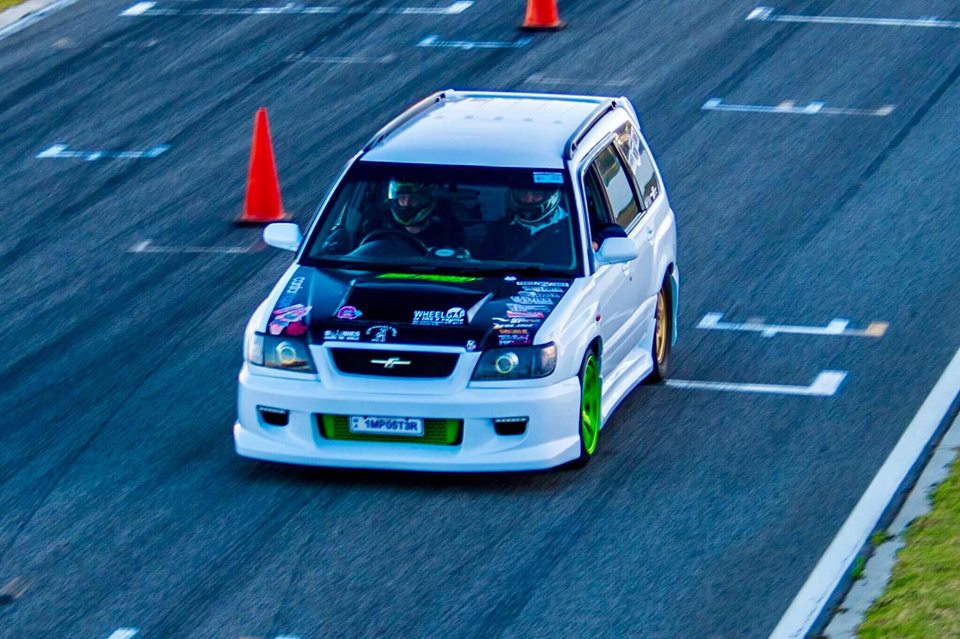 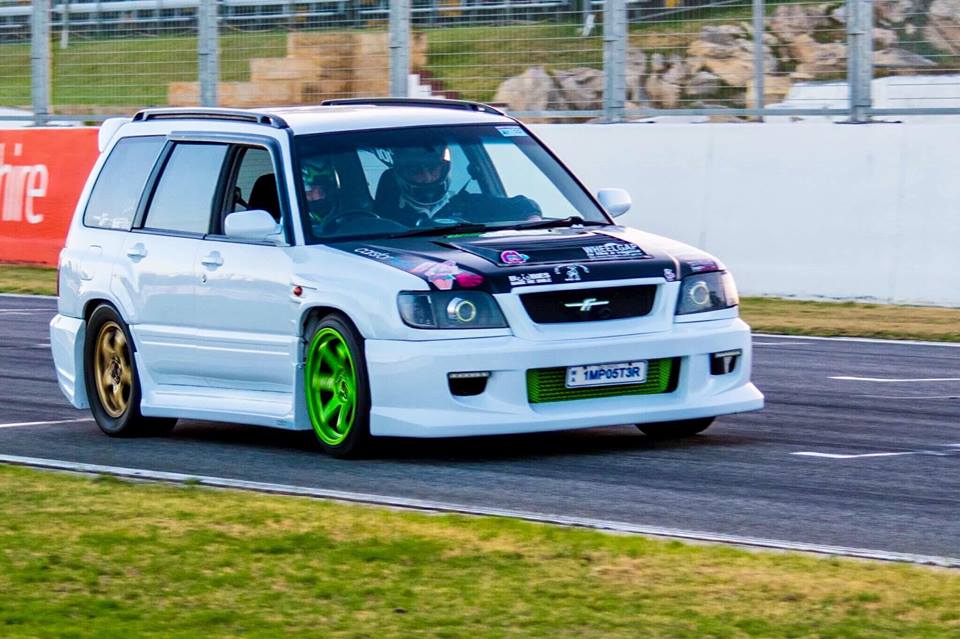 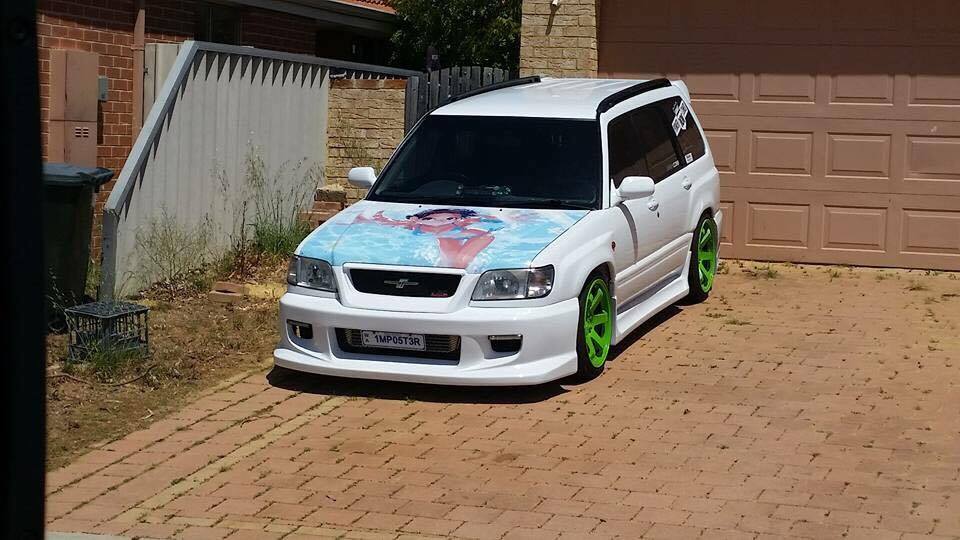